All’s Fair In A Christian Jihad

Of course, the right-wing zealots were overcome with grief and outrage this morning as the Supreme Court of the United   States has struck down a portion of the Defense of Marriage Act. To say they are despondent is, probably, a gross understatement. Right now, they are overwrought and terrified in their belief that an angry God will unleash his wrath upon us all.

For weeks now, the bigoted and intolerant wing-nuts have been promising rebellion should the Supreme Court rule in such a manner. They have engaged in attempts to take the Court hostage under the threat of civil war. But, this morning, in a 5 to 4 decision the Supreme Court ruled that legally married same-sex couples cannot be denied benefits afforded to those in what the right considers “traditional marriage.”

The ruling also allows for same-sex marriages to continue in California. The Court said that supporters of the state ban on same-sex marriages, 2008’s Proposition 8, couldn’t challenge a lower court’s decision striking it down.

Additionally, the court’s ruling will take effect immediately. It does not automatically establish a constitutional right to same-sex marriage, but rather said the federal government must recognize same-sex marriages if they are allowed by states.

It didn’t take long for the cries of indignity to be heard from the leaders of the anti-gay movement nationwide.

This morning, the American Family Association’s spokesmen Fred Jackson and Sandy Rios lamented the decision. Rios said “It’s a big win for gay activists and not a very good day for us.” She went on to claim that “marriage is dead.”

Jackson said that as a result of this ruling “God’s judgment will be upon us.” 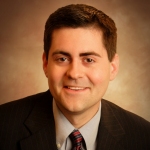 Russell Moore, President of the Southern Baptist Ethics and Religious Liberty Commission took a less radical approach to the ruling and said:

“It is a loss for those who are concerned about marriage, but it is not an ultimate loss. If marriage is as resilient as the Bible tells us it is, marriage cannot be raptured away by a Supreme Court Decision.”

Warning that the wrath of an angry God would surely be visited upon America for our wanton disregard for God’s Law, the radical religious right took to the internet to commiserate with each other over the egregious moral depravity that has befallen this country and how insulting such a ruling is to the Founding Fathers.

Engaging in the activity that they are most adept at, the fear merchants came out in full force to excoriate the five assenting Justices and to bully their flocks into submission, admonishing “true” Christians that the End Times are upon us, and that “posers” and non-believers will meet with a horrific fate.

While we might be tempted to write all of their whining and sniveling off as just more of the histrionics that are employed so adroitly by those longing for a theocracy, we probably really shouldn’t.

As we have all witnessed, violence in the name of the Lord is becoming more and more prevalent and the strident messages that are being sent by the right-wing following this ruling are precisely the fodder that feeds that kind of violence. 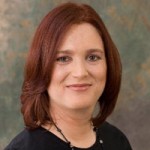 Stories such as the one written by Jennifer LeClaire, news editor of Charisma Magazine, today are exactly what speaks to the disenfranchised, mentally unstable, individual who is willing to create a fire-storm for God. Ms. LeClaire claimed that “we are in the latter times,” and that the Supreme Court rulings could “set into motion a dynamic that could mainstream gay marriage in this nation sooner than later—and forward the satanic agenda to eventually end a godly institution that’s almost as old as the world itself.”

Brian Tashman over at Right Wing Watch has been following the frenzy all day and as the news sinks in, it gets uglier and uglier. For a really good look at the rhetoric that is making its way across the airwaves, the internet and social media, please check this out.

“Another reminder for all of us: marriage and sexuality are not political or even moral debates only, but primarily eternal ones. These are issues that if people are either misled or misleading others on them they will spend eternity separated from God in Hell unless they accept forgiveness from Christ. People can be wrong on taxes or immigration and it doesn’t risk their eternal soul. But if you miss this one it’s like tying the millstone around your own neck. You are actively seeking to further estrange yourself from your Creator, which is like playing Russian Roulette with your own soul. We should not have this conversation with those who disagree if we lose sight of that. To discuss these matters without ever addressing what’s truly at stake is shortsighted.”

Pastor John Hagee just had to weigh in on Facebook as well:  “Today the U.S. Supreme Court ruled that ‘DOMA’ (Defense of Marriage Act) is unconstitutional. This is very disappointing for the vast majority of Americans. Contrary to their ruling, the Supreme Court of Heaven has ruled that “every man shall leave his mother and father and cleave to his wife, and they shall be one flesh.” (Gen 2:24)

Of course, the right wing politicians aren’t too circumspect either. Kansas Representative, Tim Huelskamp is quoted earlier today as vowing to file a Constitutional Amendment to restore DOMA later this week.

Pennsylvania Representative Joe Pitts said that marriage equality will threaten religious freedom and the wellbeing of children by “changing the form of families.” The congressman said that same-sex unions won’t provide children with a “stable loving family” and as a result “the cost of our social service welfare programs are going to be greatly impacted by this negative consequence of a social experiment that is less in age than the iPhone. This is the leftist redefinition that is happening here on our watch.”

And then there is Texas Representative Louis Gohmert who made the claim that gay marriage always emerges at “the end of a great civilization.” He accused the Supreme Court of going against the laws of nature and God’s Law and sounded the alarm that America will now suffer the consequences.

This morning’s ruling has just begun to draw the real nuts out from the ReBiblican cesspool. As the days progress, we can expect much more from the extremist realm. The release valve has just been cracked, and what we are seeing now is nothing compared to what we will witness in the days ahead – bet on it. We are already hearing the claims that next polygamy will be legalized and beastiality will be next. In their quest for a theocratic government all is considered fair by their definition. While they bemoan a “war on Christianity” they are perfectly content to wage a war on women, gays, the poor, the sick, the downtrodden, and anyone non-Christian. After all…all’s fair in a jihad, right?

THE VOICE OF TEXAS

THE VOICE OF TEXAS
By Nicole Nichols

Whenever I think of Texas the first thing that comes to mind is its’ slogan “A Whole Other Country.” The second thing that creeps into my thoughts is Governor Rick Perry. You know, the guy who God talks to, who ran for President and showed his ass, the one who really wants Texas to be a “whole other country.”

Now, I know a lot of Texans and have spent a bit of time there, as well. It’s interesting to me that I have never met a Texan who claims to support Perry or who believes that good ole’ Rick speaks for them. That’s not to say that he doesn’t have some brain-dead, moth-balled closeted supporters – he does – I just haven’t run into any. Maybe that’s because I haven’t attended any of his prayer rallies or John Hagee’s side-show circus.

Just as attitudes have changed dramatically over the years concerning same-sex marriage, the attitudes of voters are changing as well. However, someone like Perry who believes himself to be chosen by God for great things just doesn’t get it. Just the other day he was asked about the same-sex marriage cases that the Supreme Court is reviewing and he had the temerity to say: “As recently as a constitutional amendment that passed – I believe, with 76 percent of the vote. The people of the state of Texas, myself included, believe marriage is between one man and one woman.”

Gee, Rick, the amendment of which you speak was passed 8 years ago, and in case you haven’t heard…the times they are a-changin’. Not only are attitudes toward marriage changing, but also the attitudes of voters who are sick and tired of politicians who while demonstrating consummate ignorance claim to speak for them and an entire state of people. And…just as new lines are being drawn on social issues, politicians who are adrift in a sea of hubris are meeting their fate in the voting booth.

Rick Perry is rapidly loosing his influence and sway over Texas voters, and while he dreams of the 2016, presidential races, at home he is failing badly in the polls. According to a recent Texas Tribune poll, only 26% of Texas voters say they will definitely support Perry.